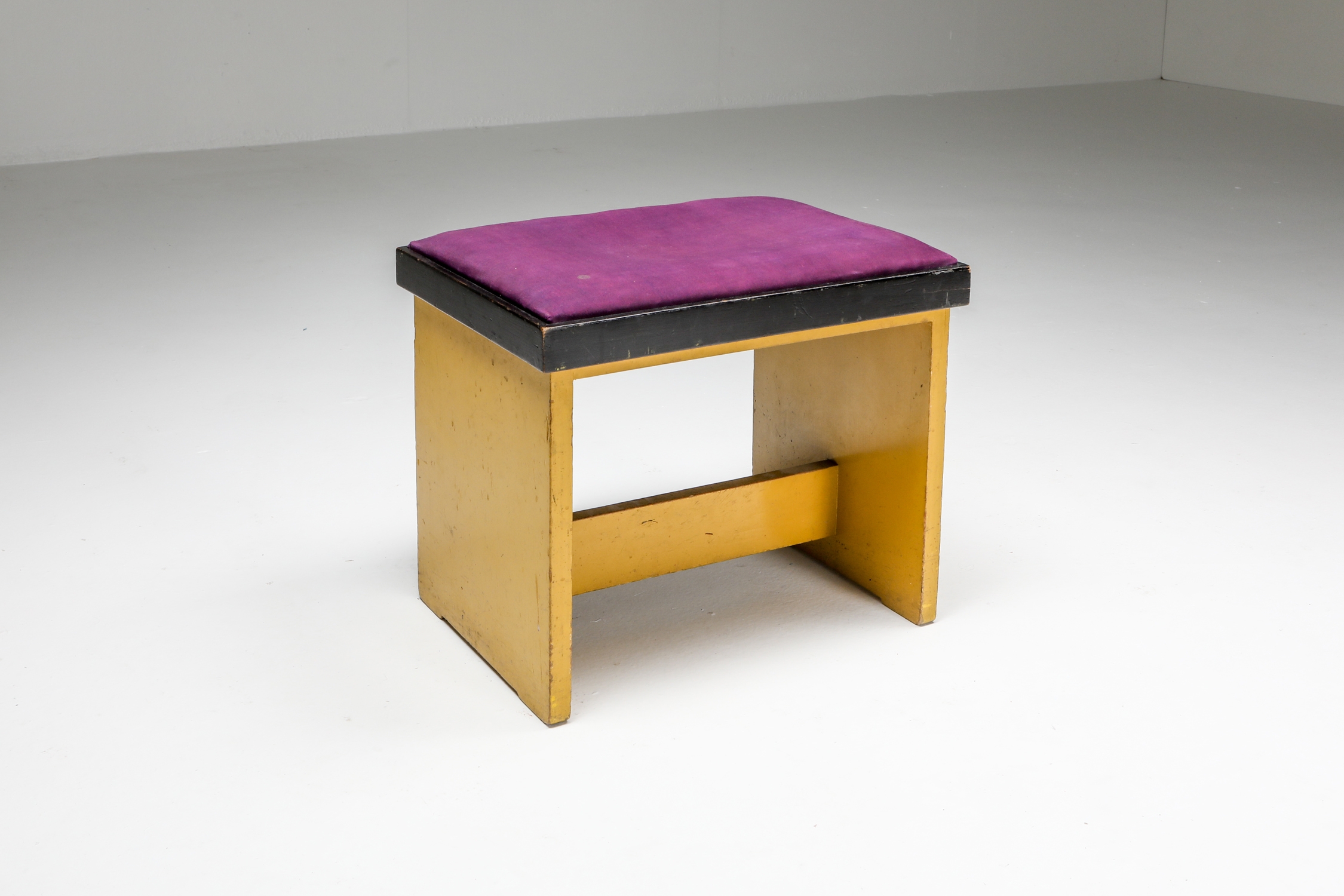 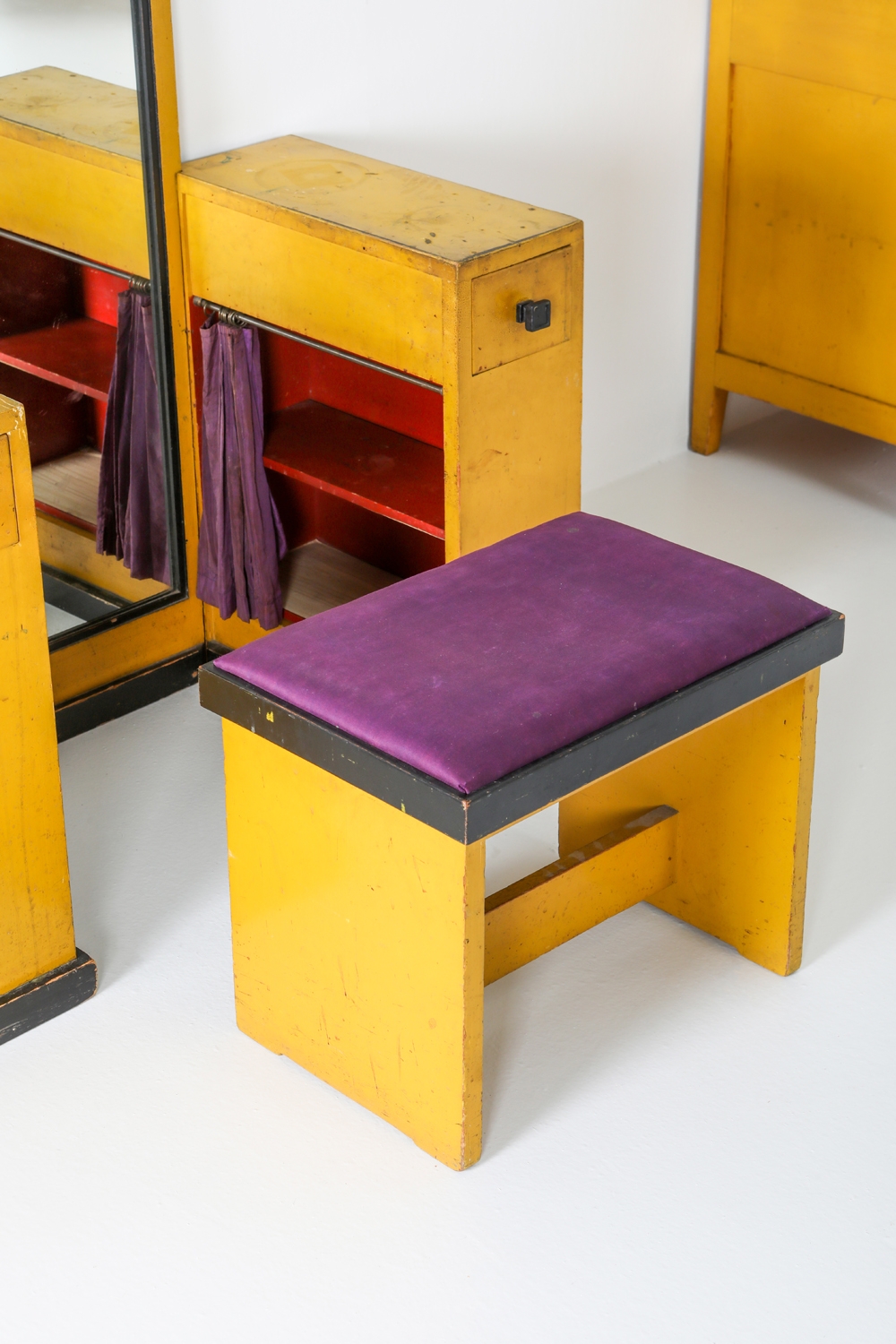 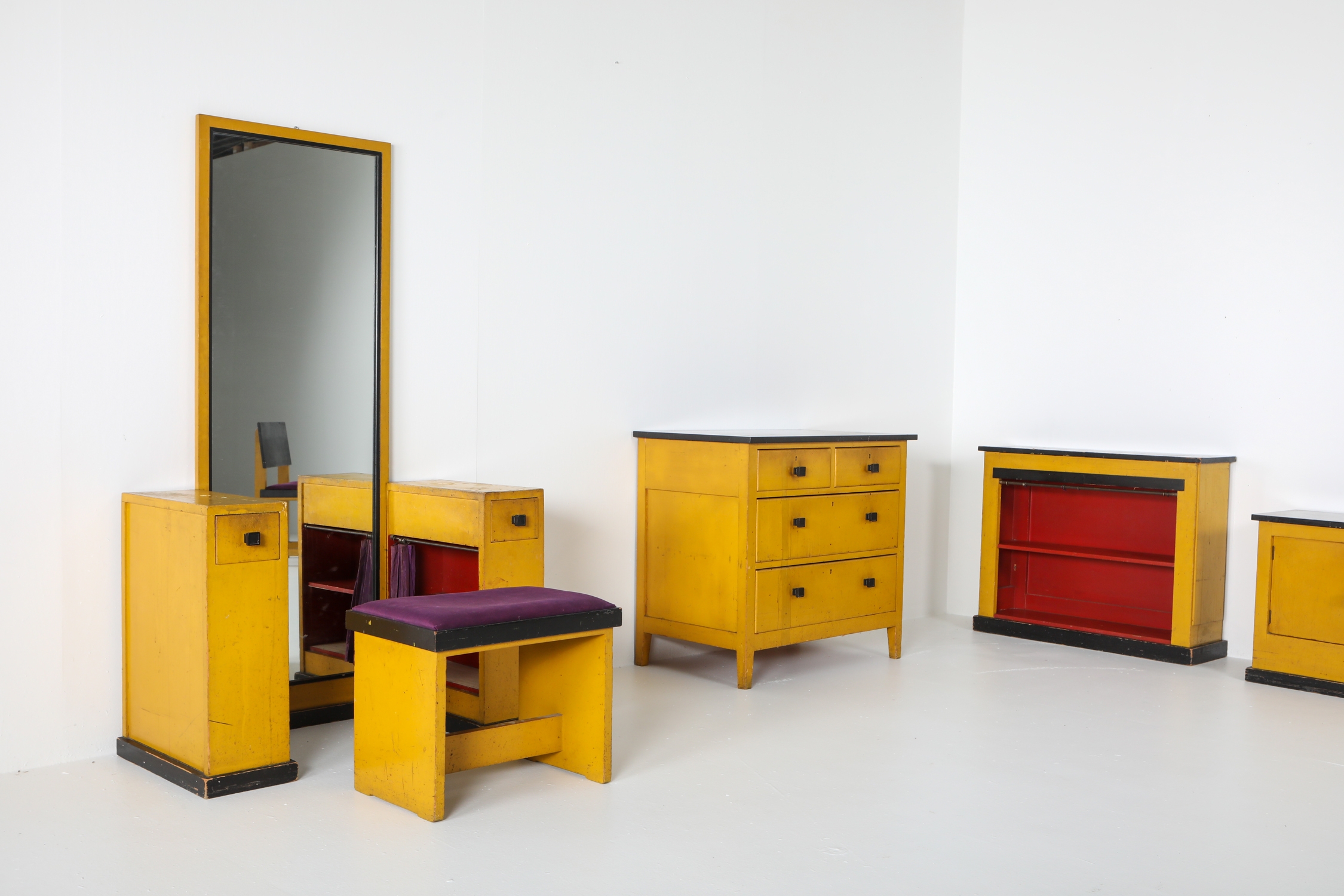 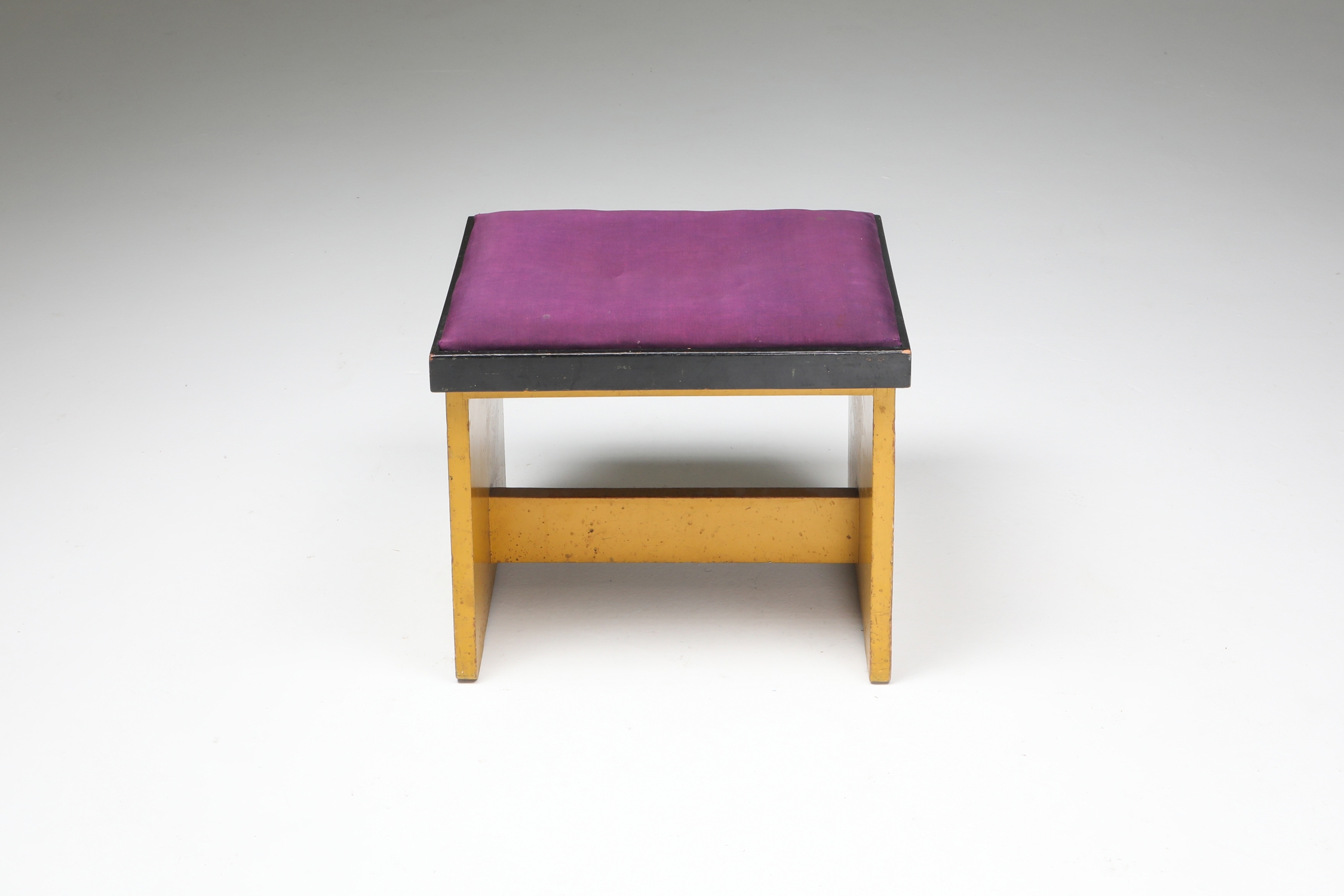 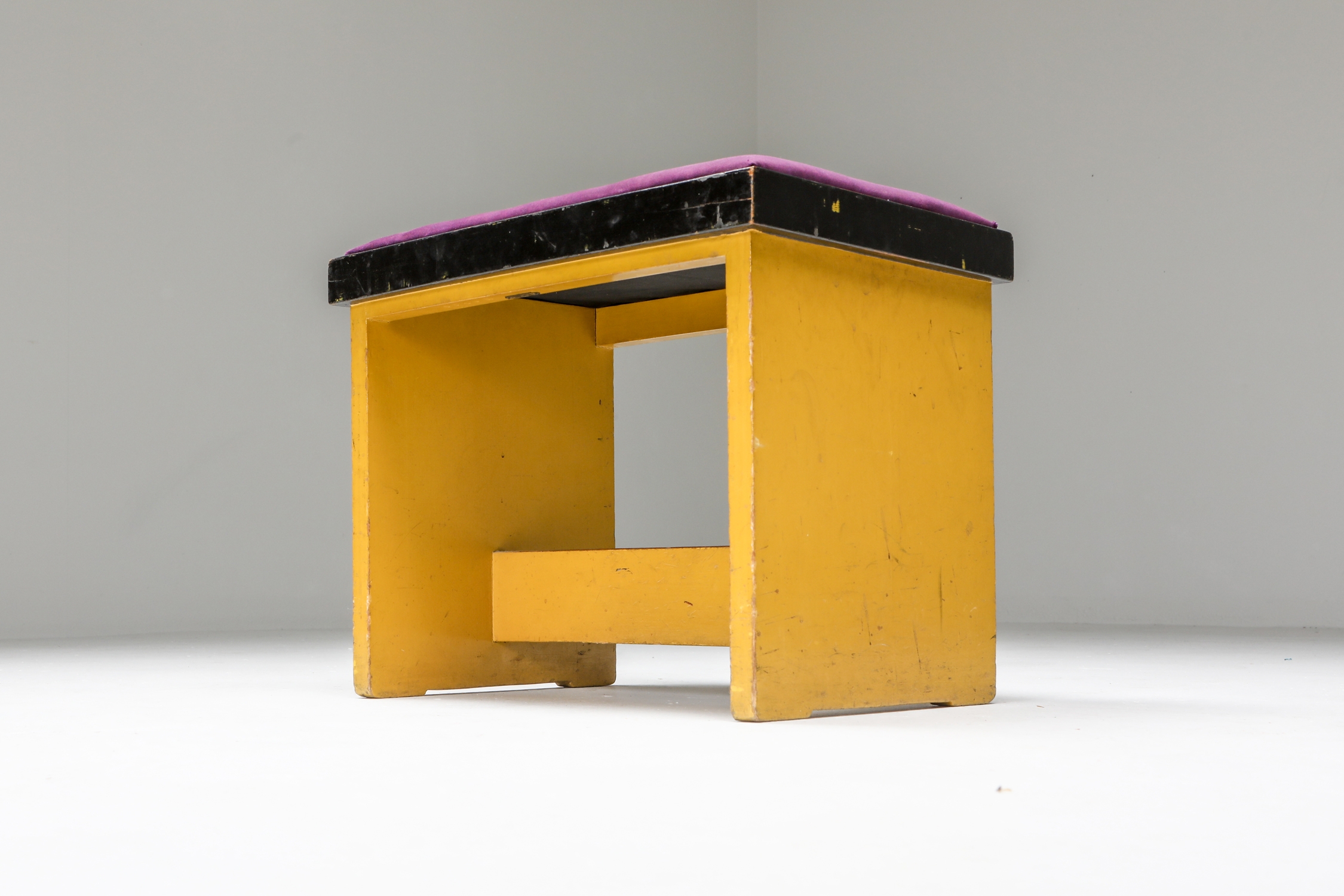 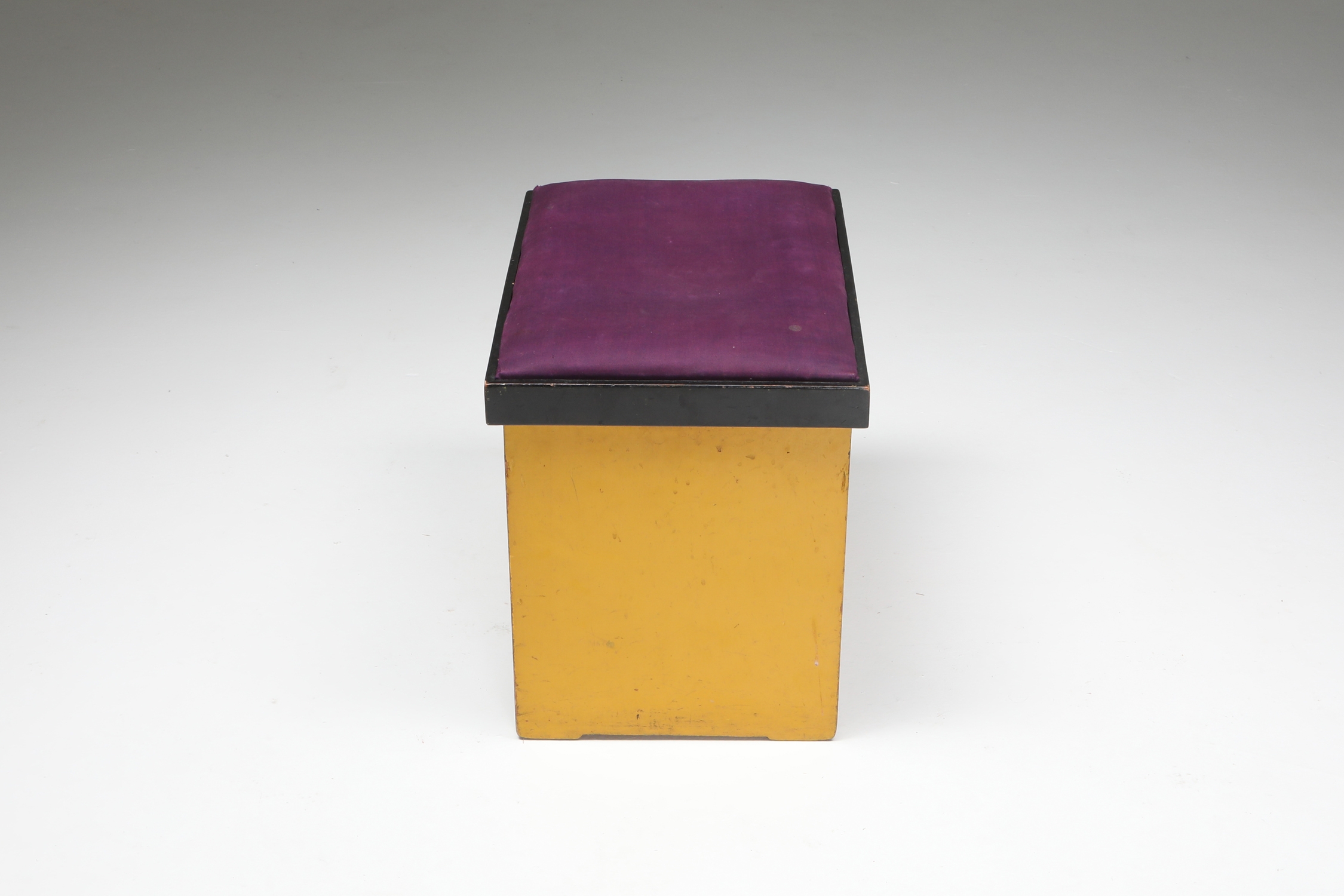 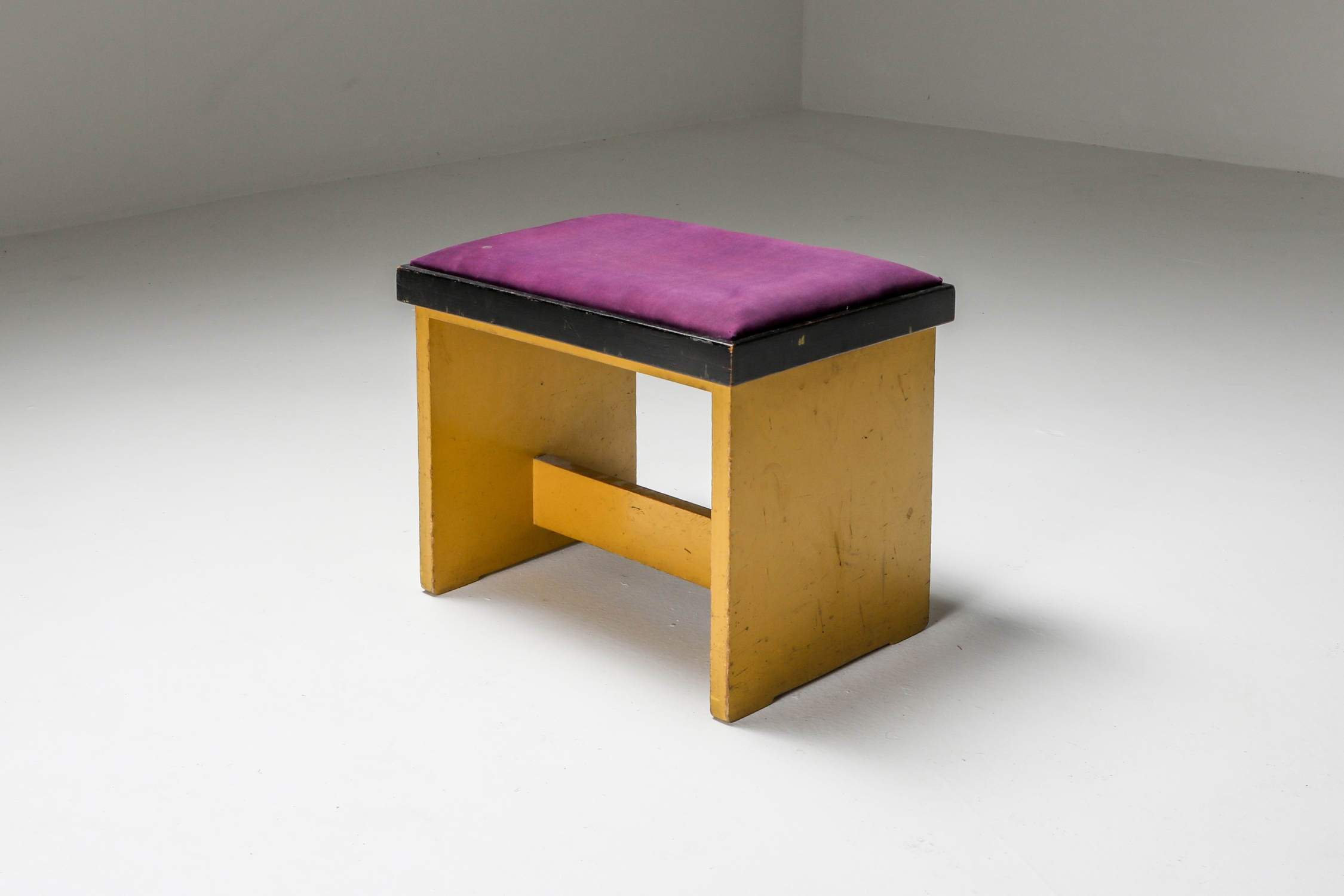 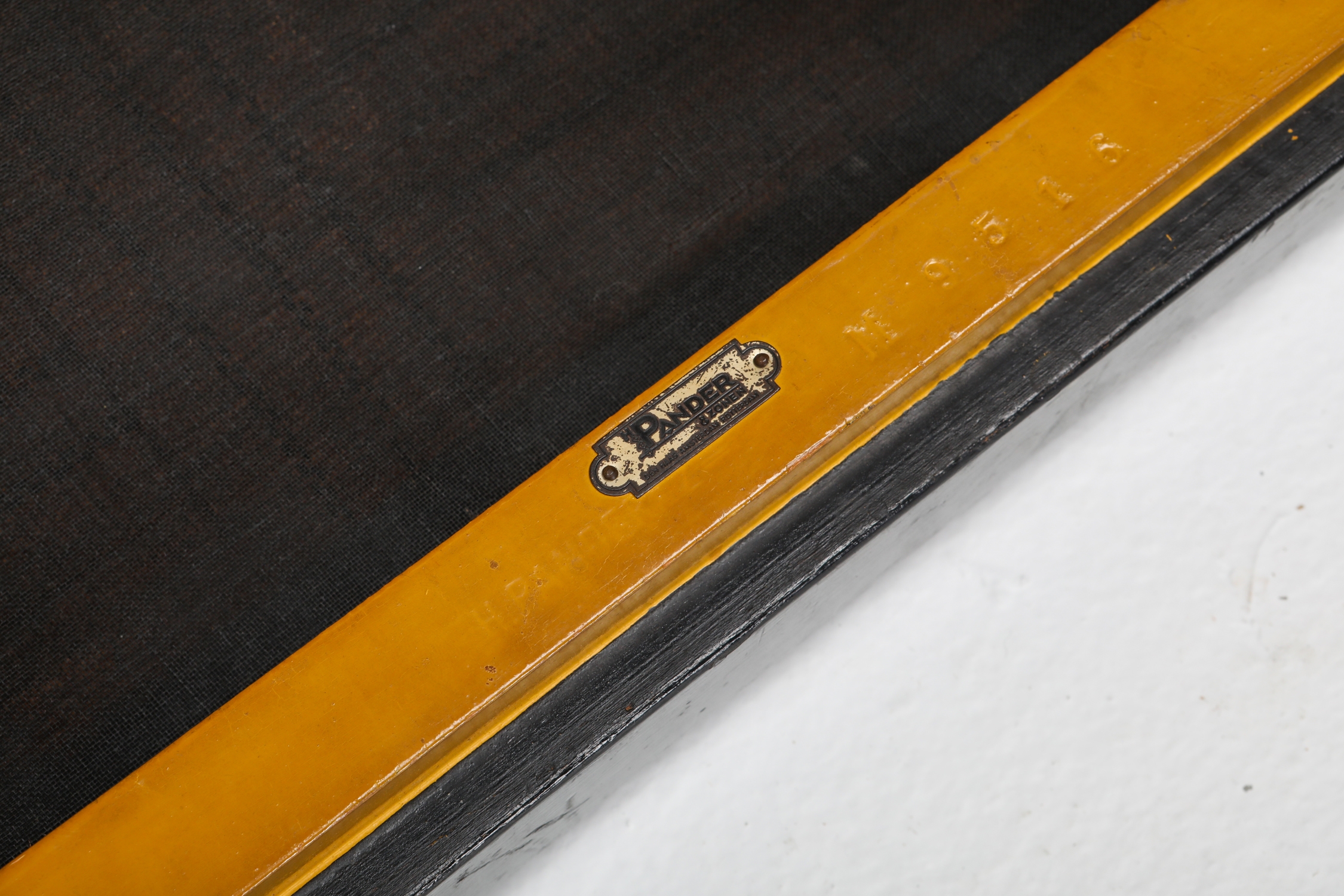 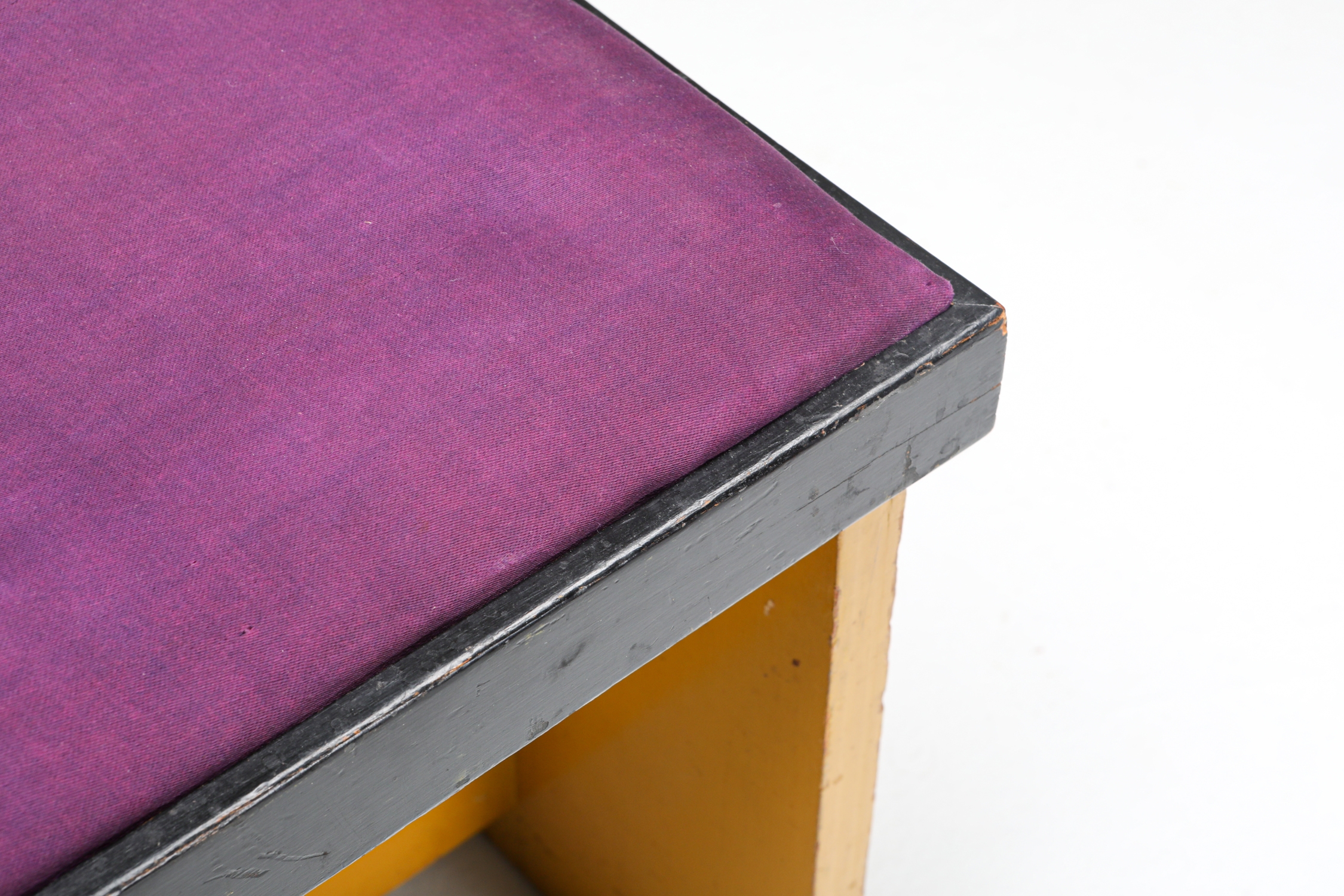 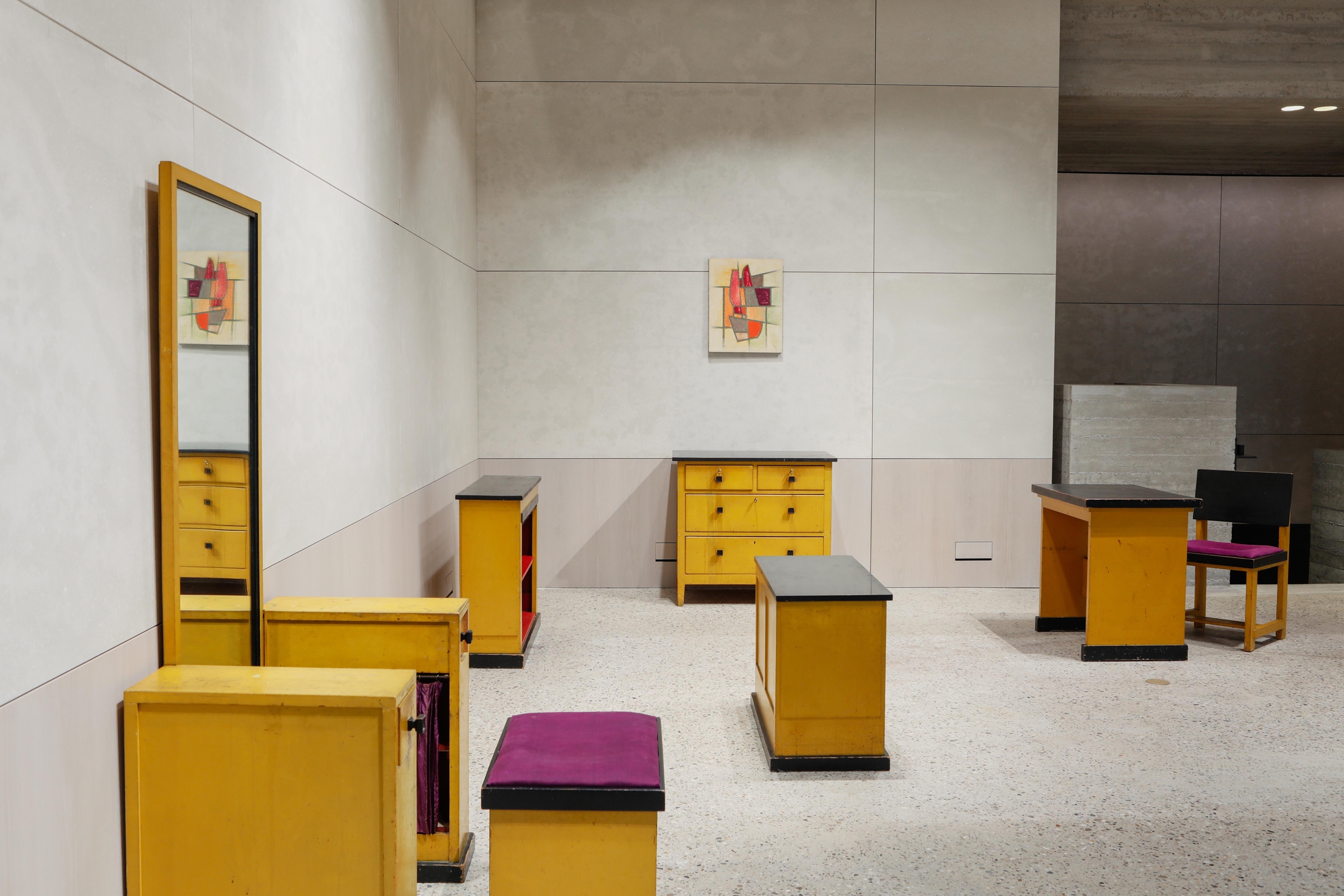 The Interbellum, the period between the two World Wars, was a time when Dutch culture blossomed. Architects, designers and artists set themselves the aim to shape a brighter, modern future by changing the way people live. The city of The Hague saw the rise of the so-called Hague School, a luxurious and modern design style. It is a variation of the international Art Deco style, recognisable for its straight lines and cubist shapes.

This stool is part of a 7-piece bedroom set. It's an example of early The Hague School, recognisable by the symmetric composition, rather than the later (post 1926) asymmetric shapes. It is designed by Dutch designer Hendrik Wouda (1885 – 1946) and made by H. Pander & Zonen. This specific set was exhibited in 1924 at Pander’s Amsterdam store. It’s extremely rare to find a complete set in all original condition, with original paint and upholstery. < Monique Teunissen and Albert Veldhuisen, Hendrik Wouda, Architect en meubelontwerper, Uitgeverij 010, Rotterdam, 1989, illustrated p. 12, no. 6 >