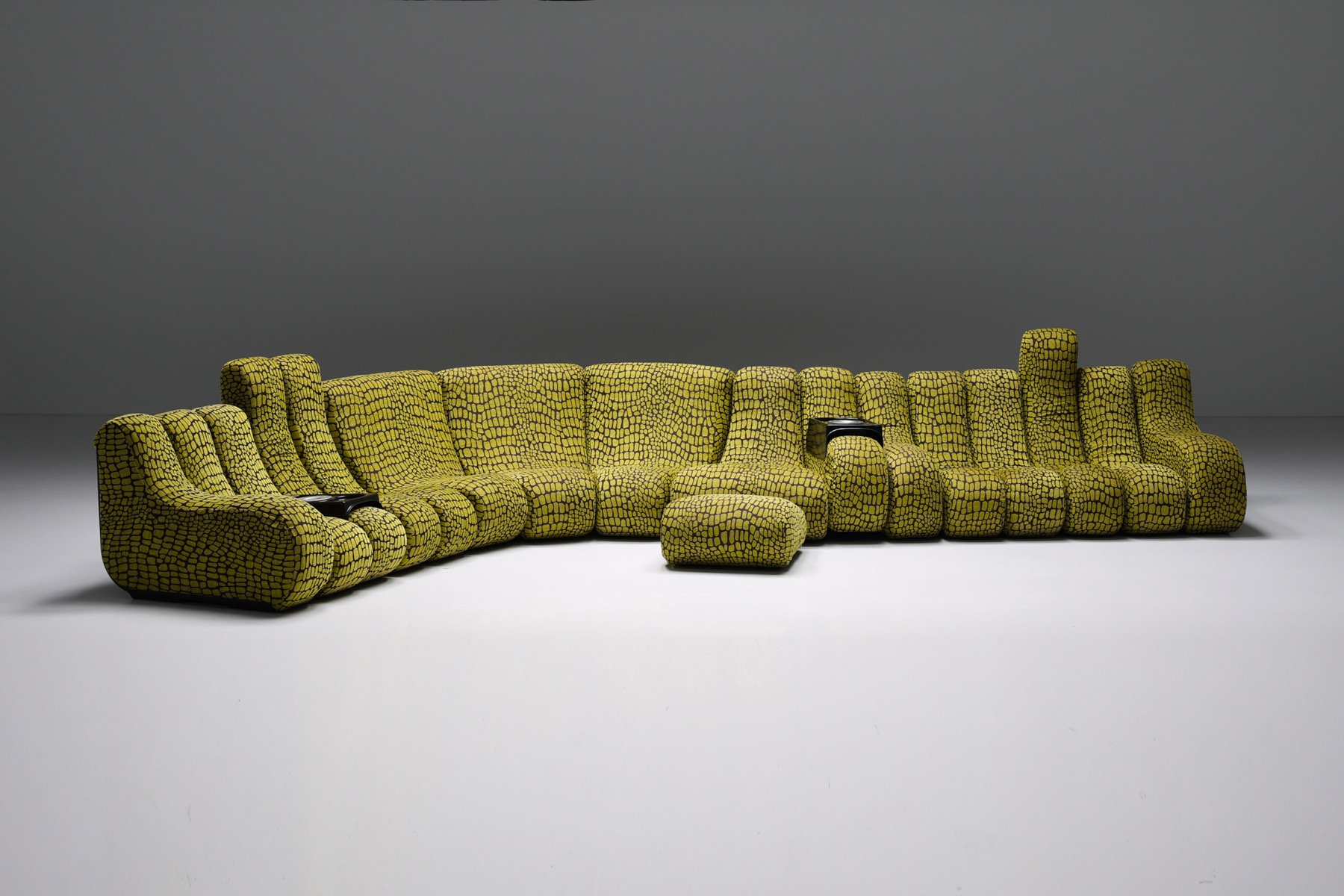 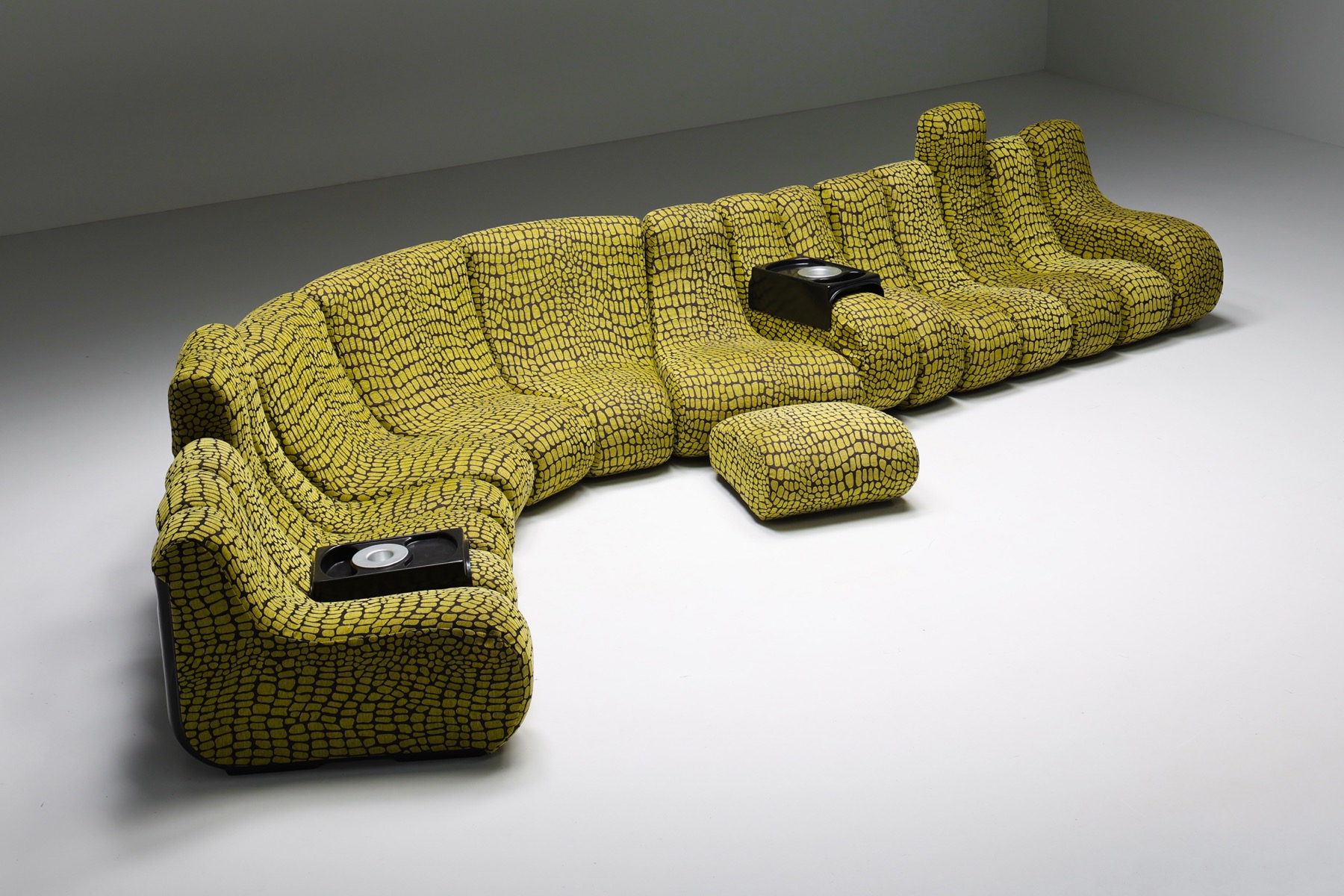 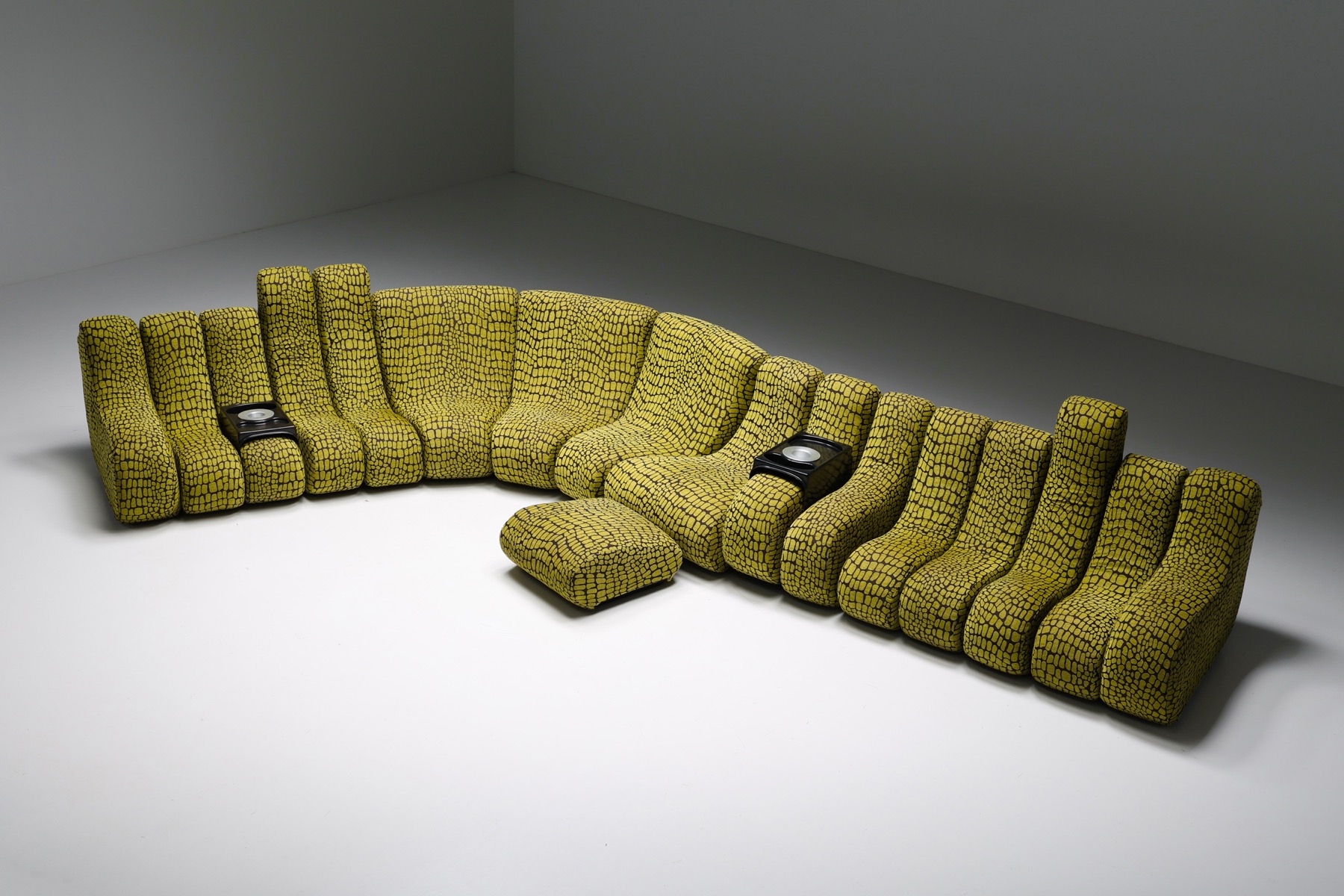 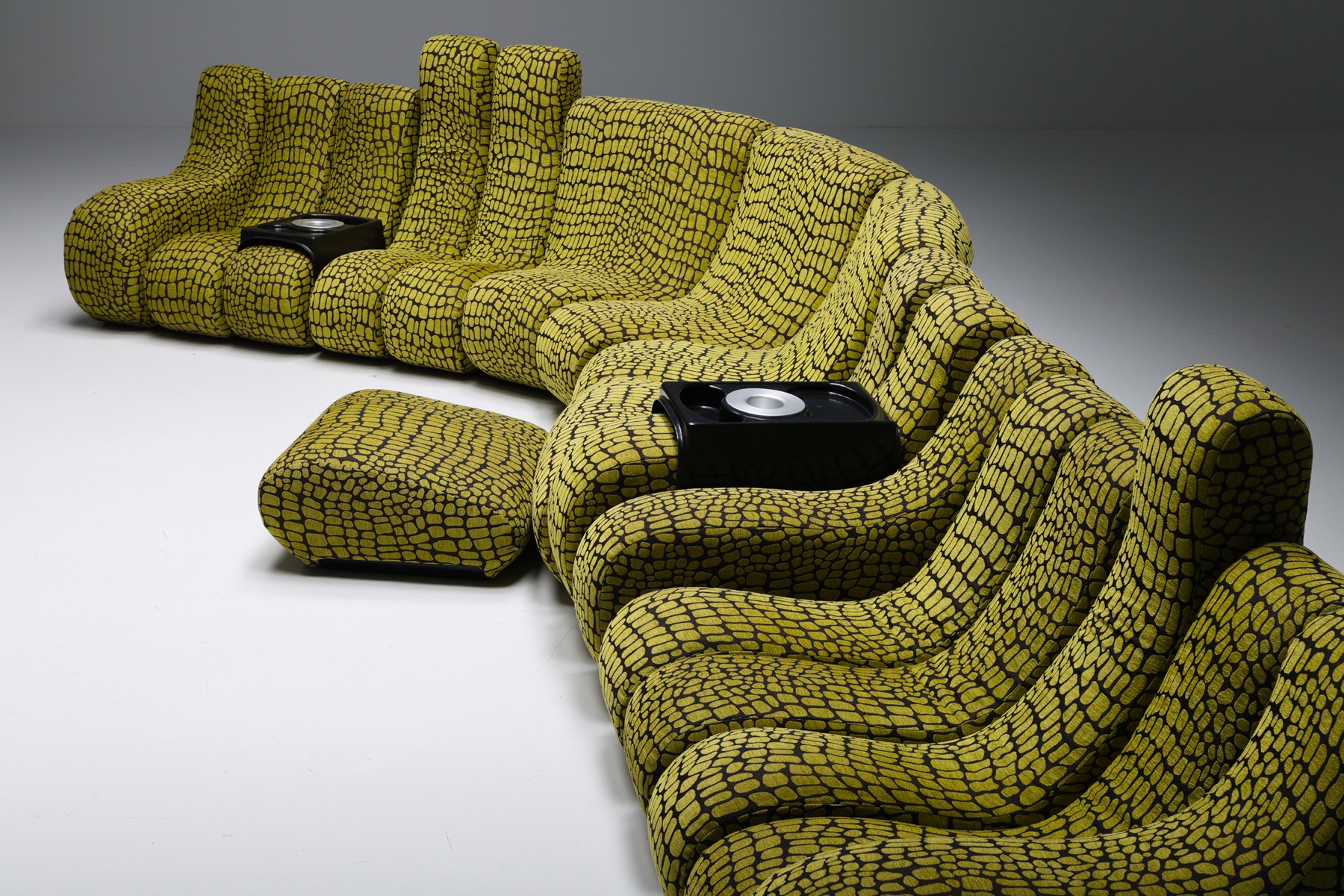 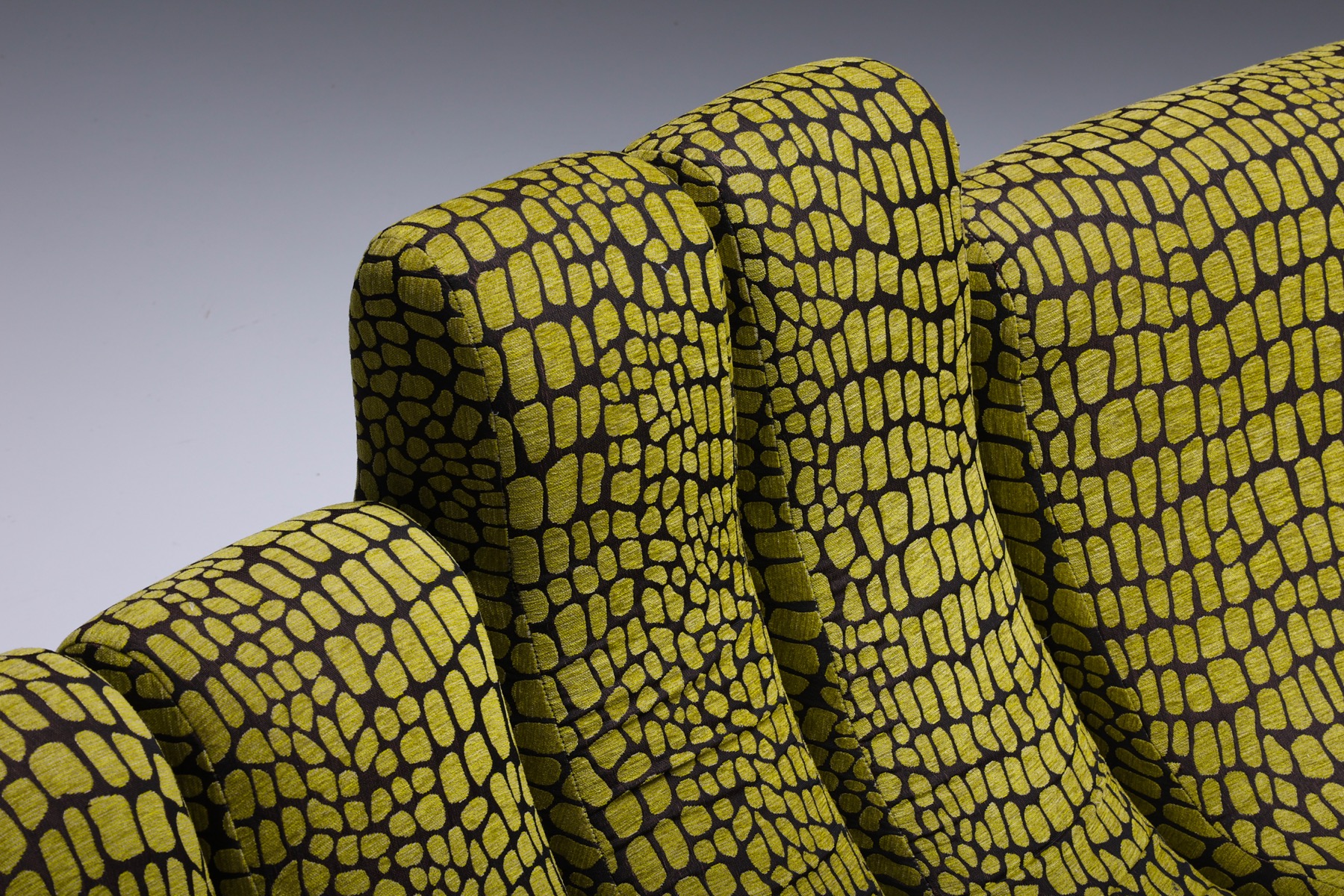 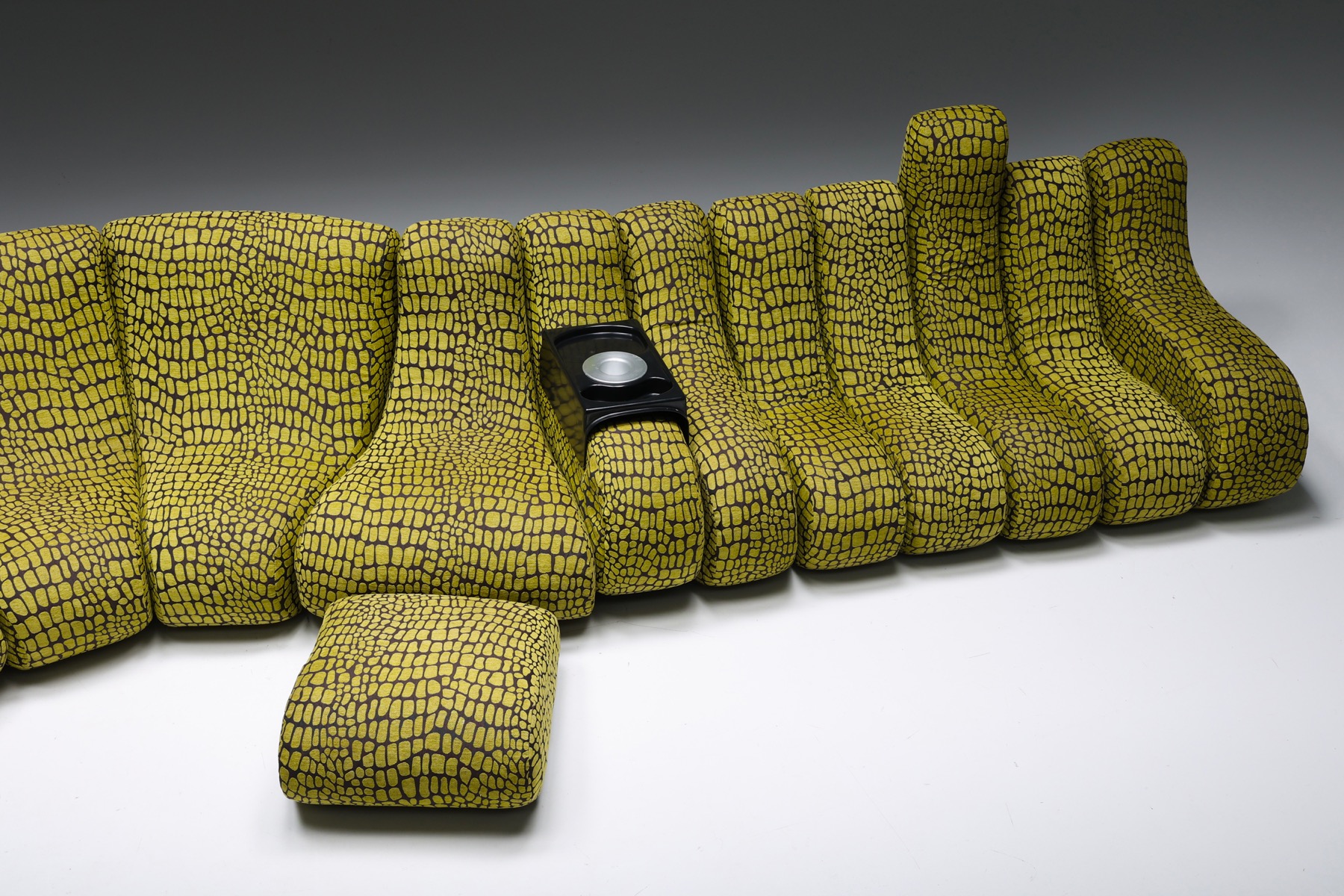 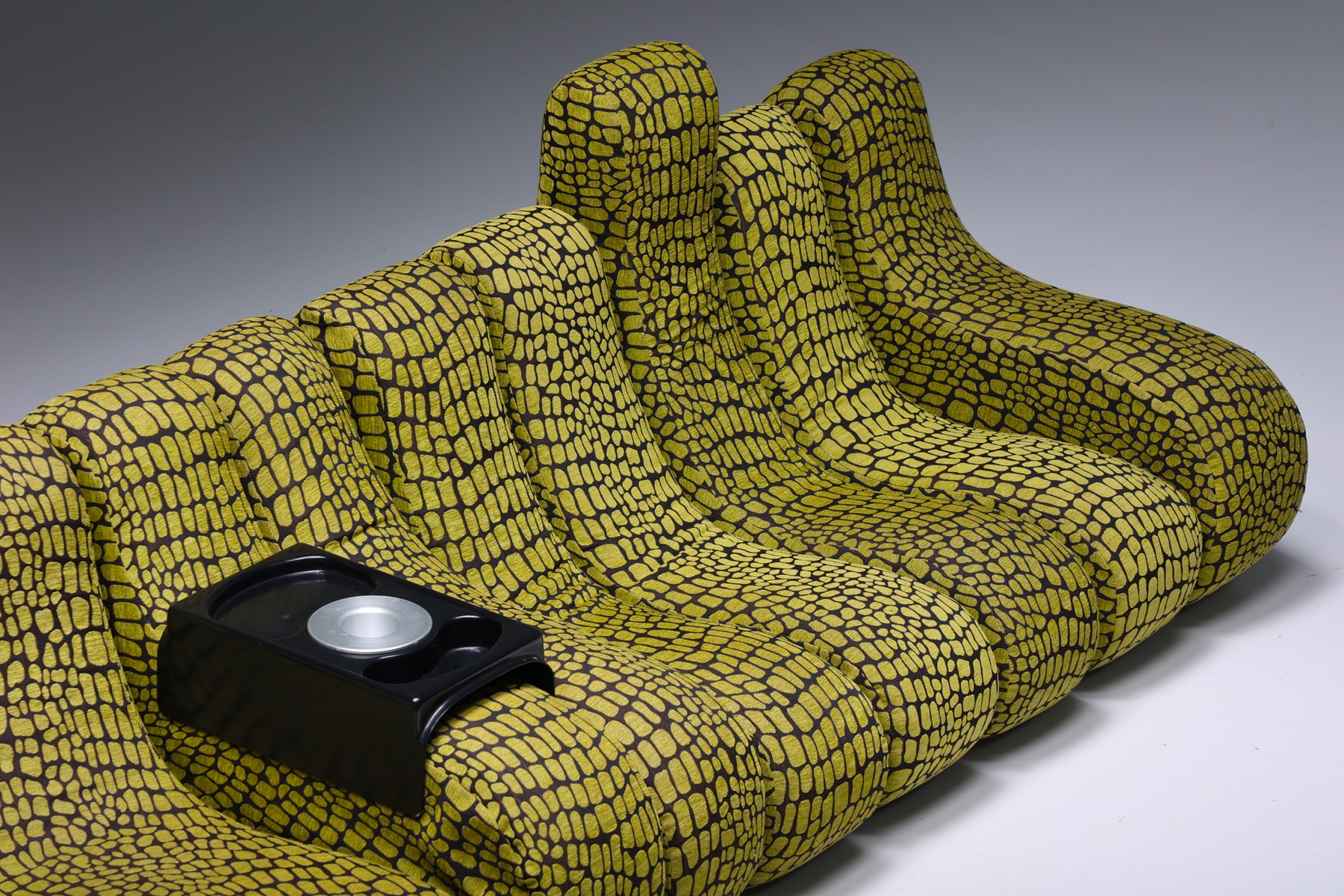 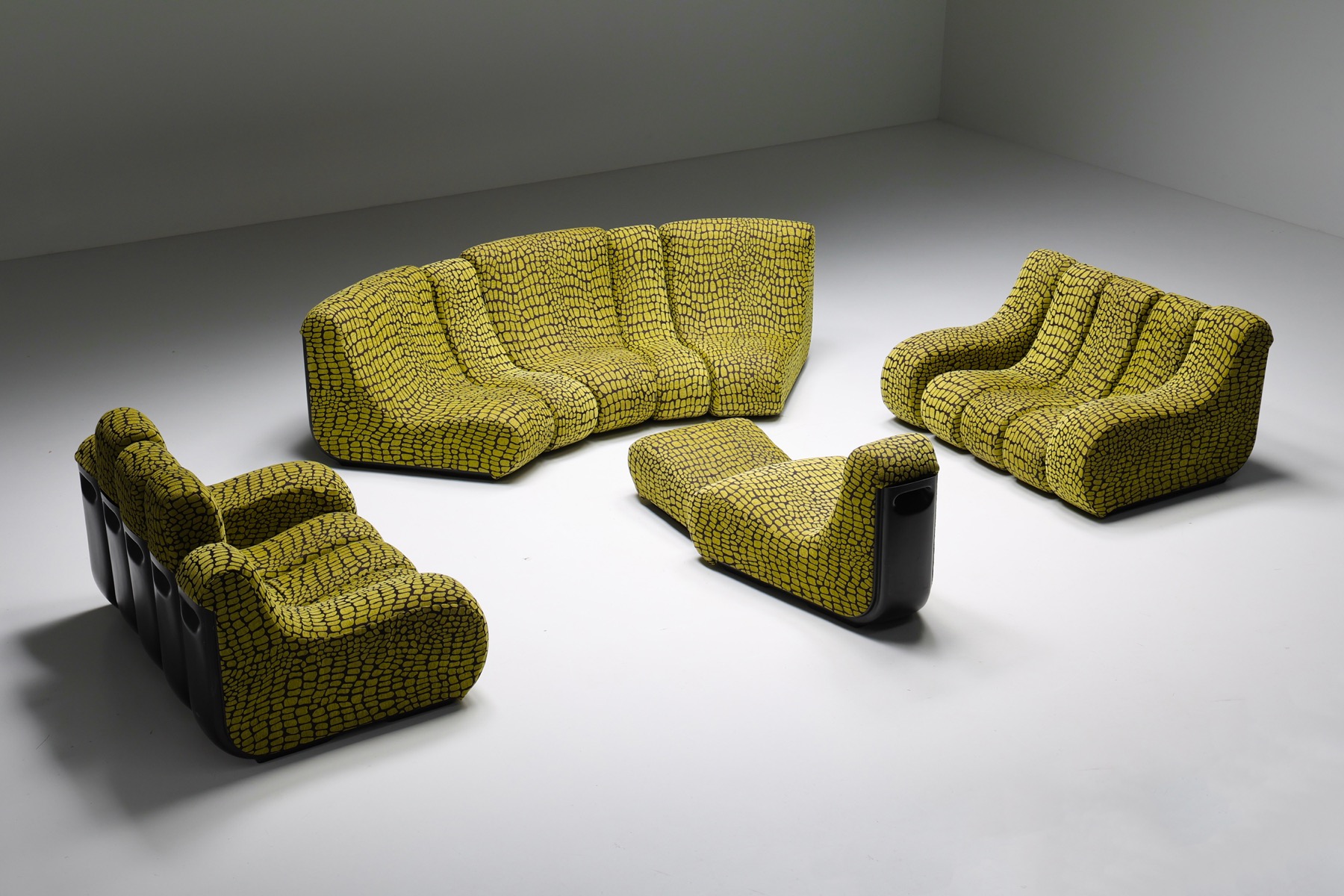 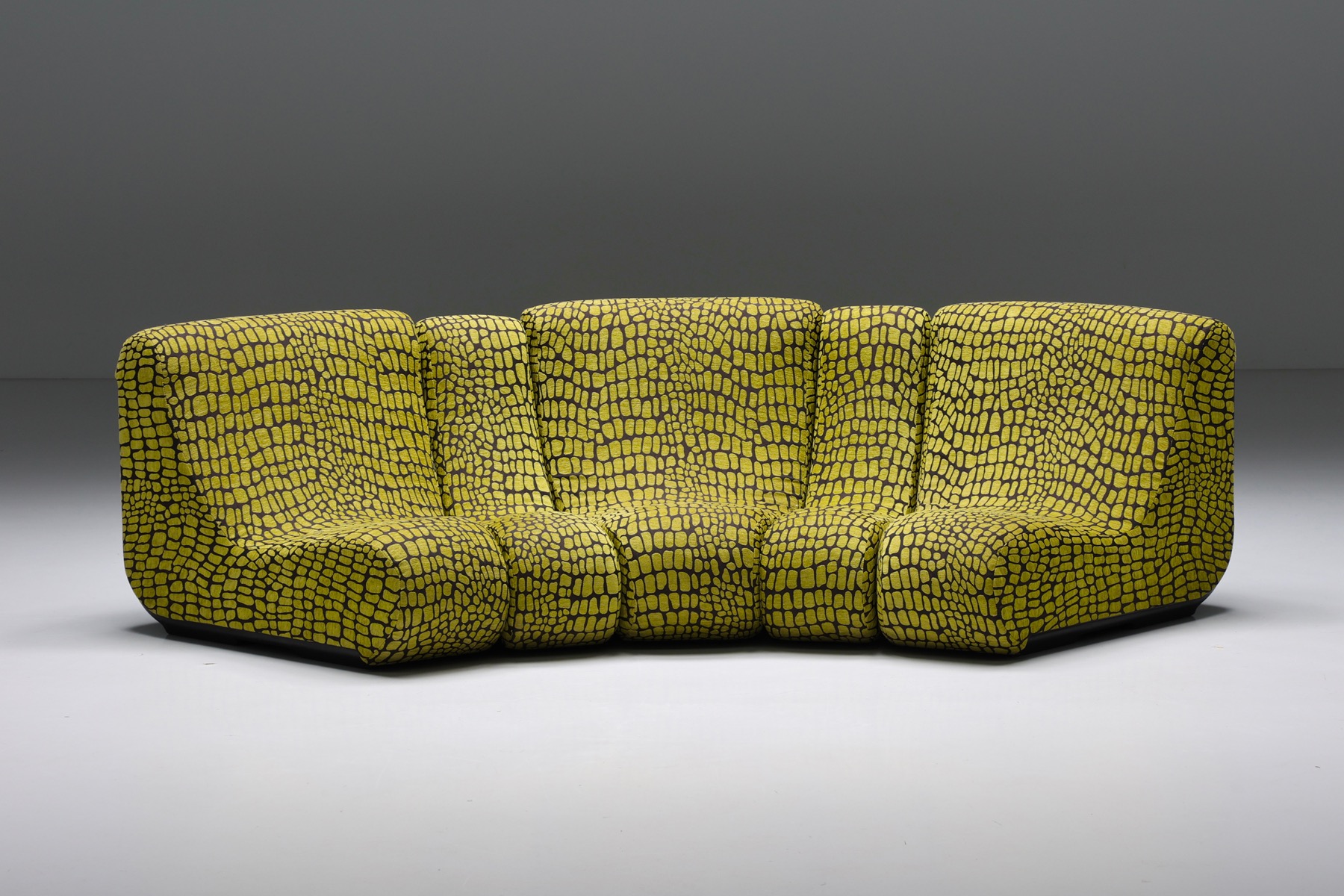 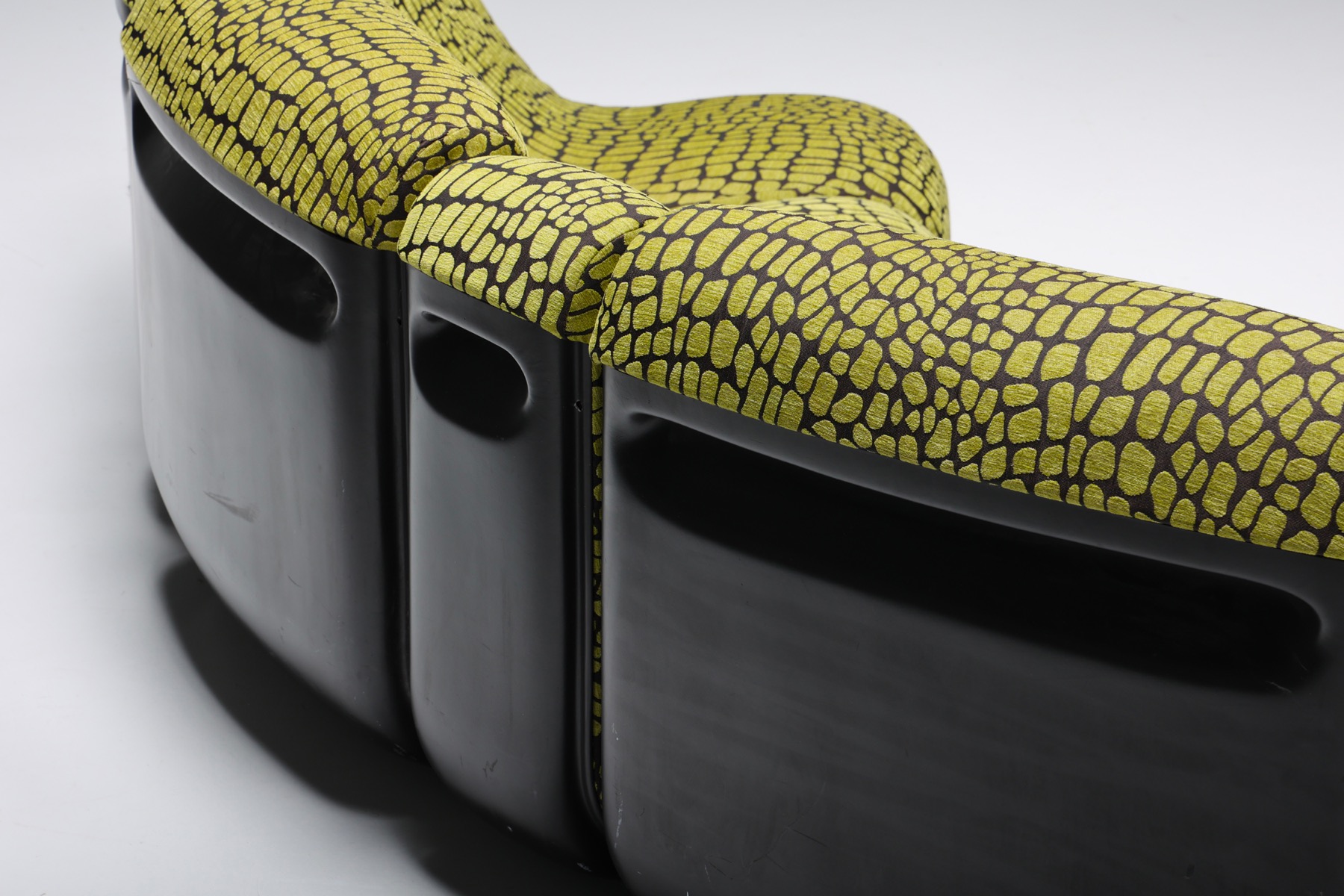 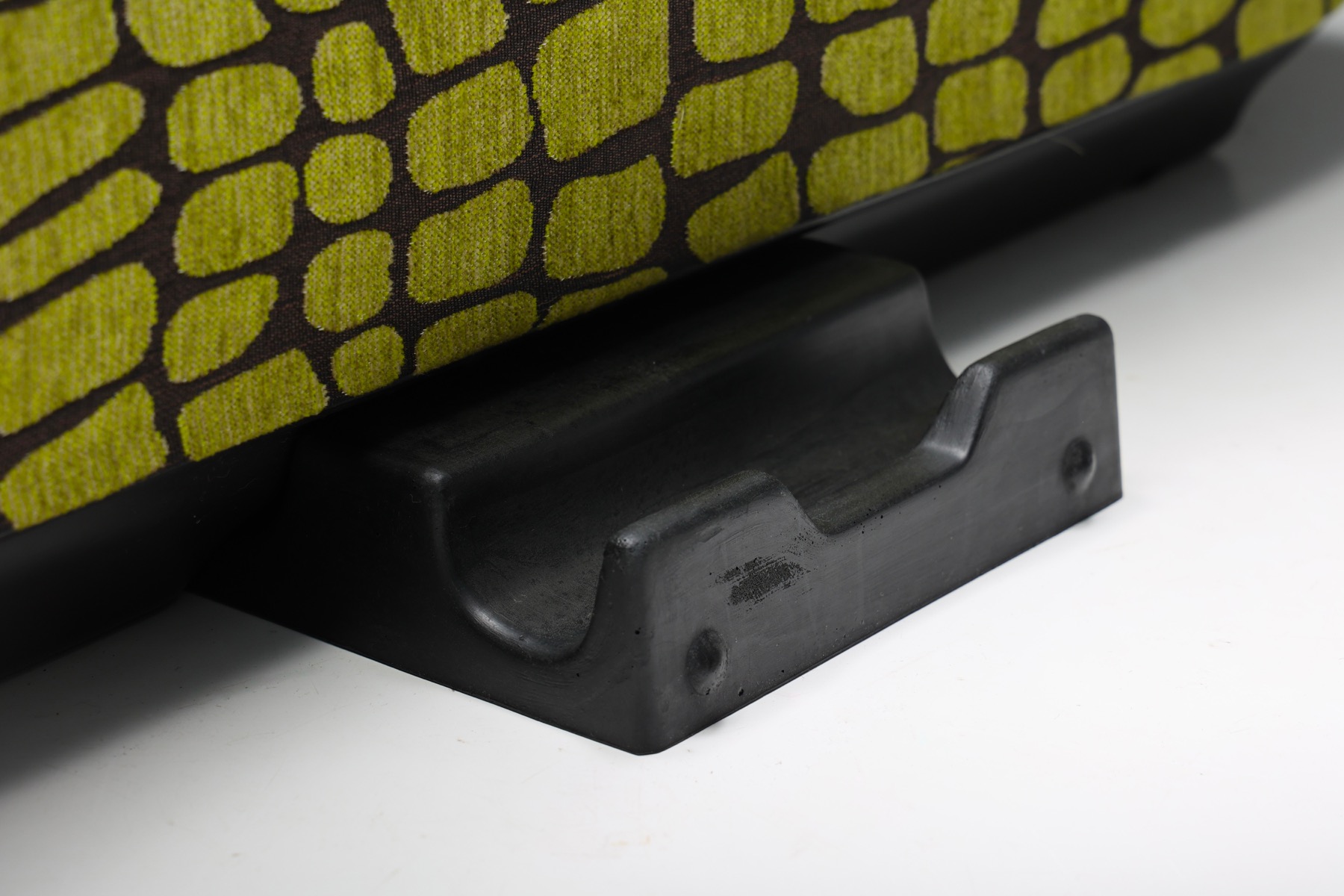 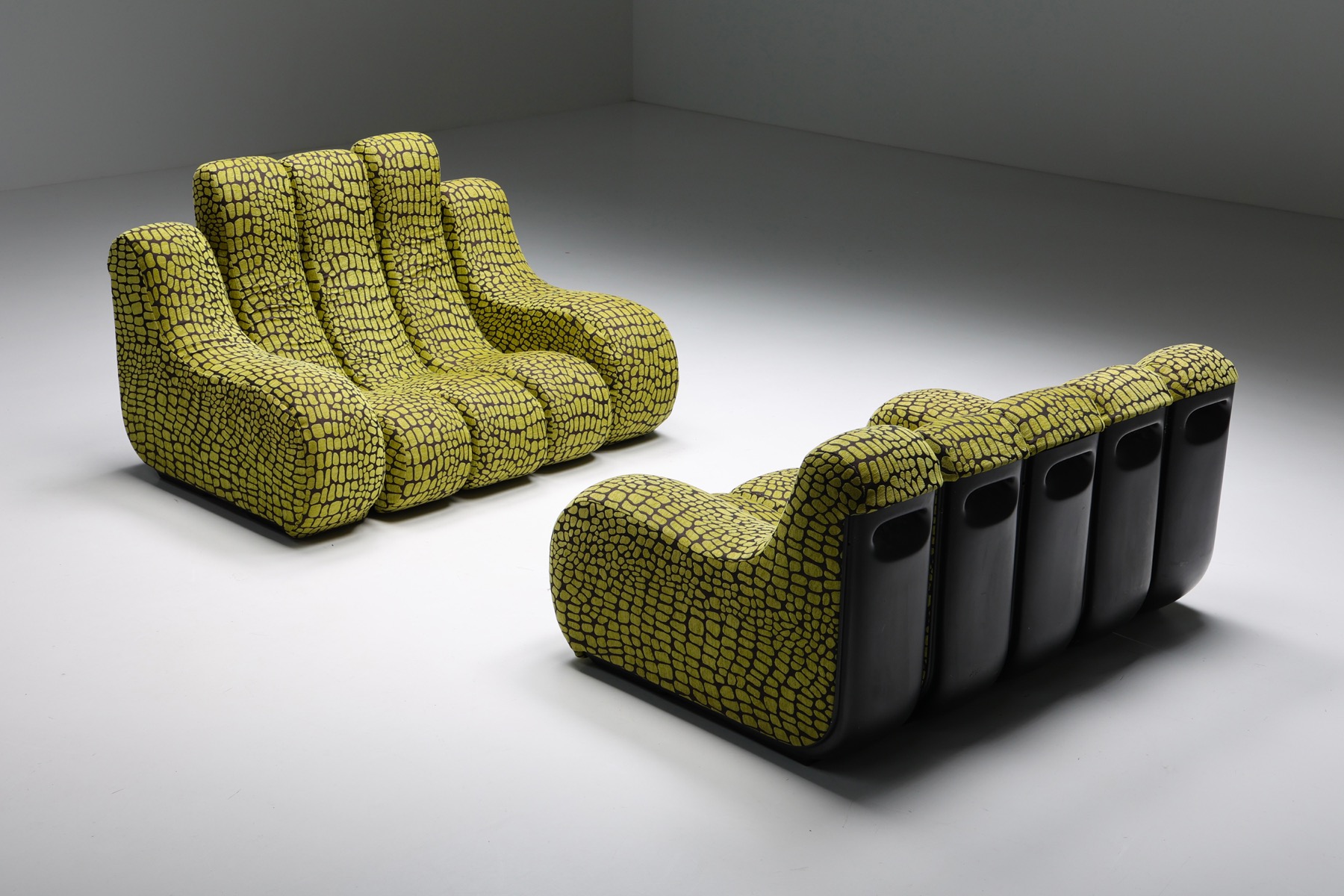 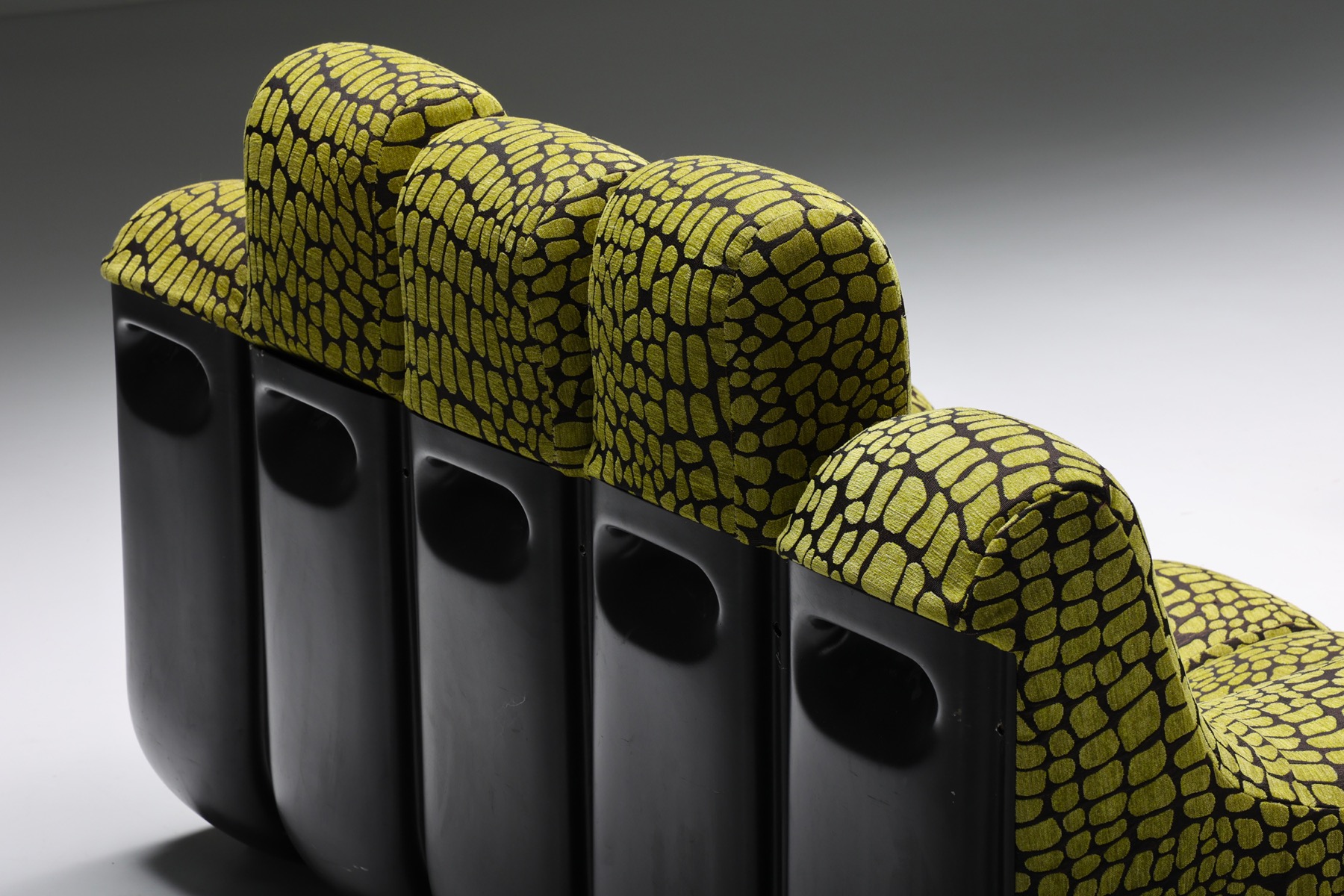 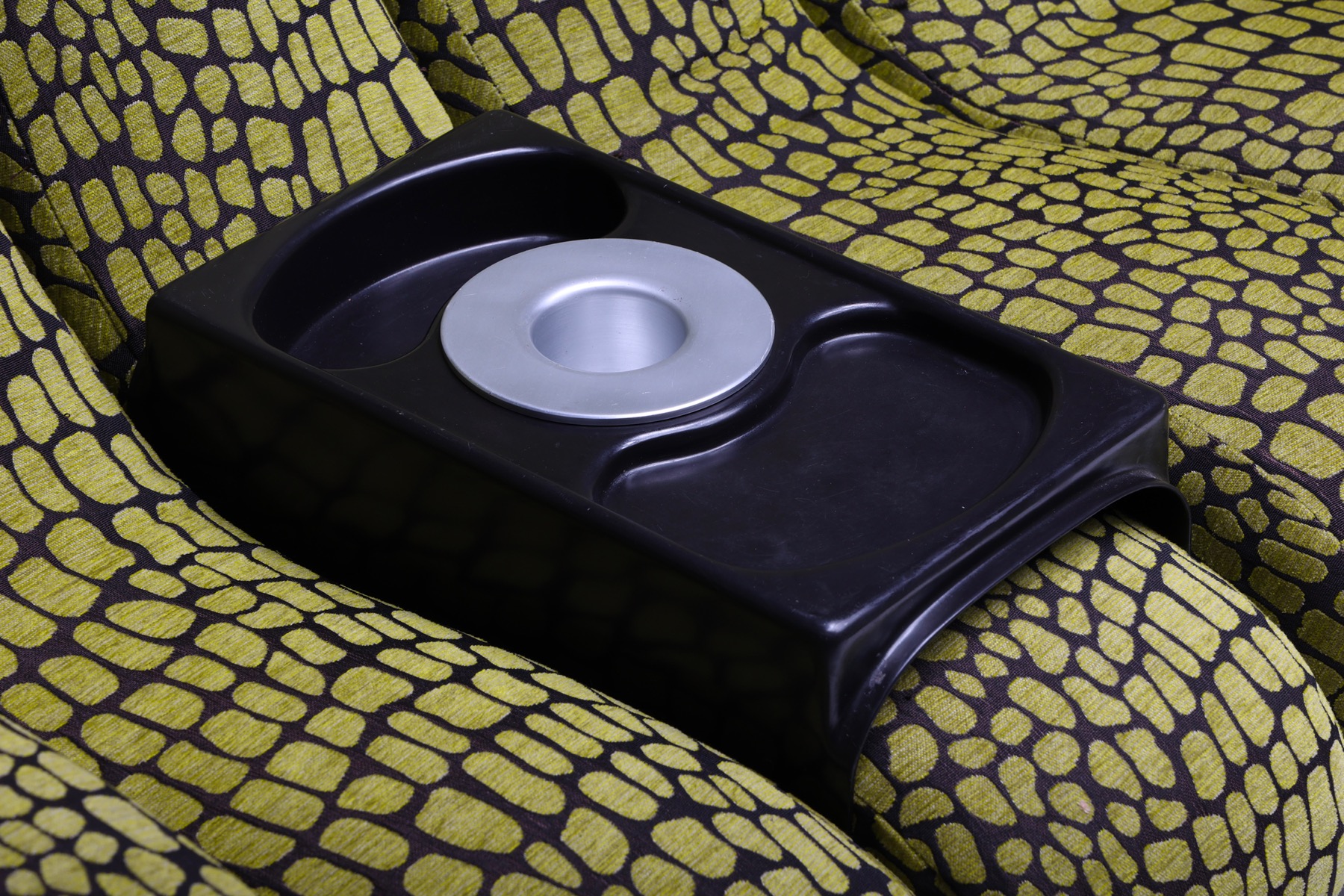 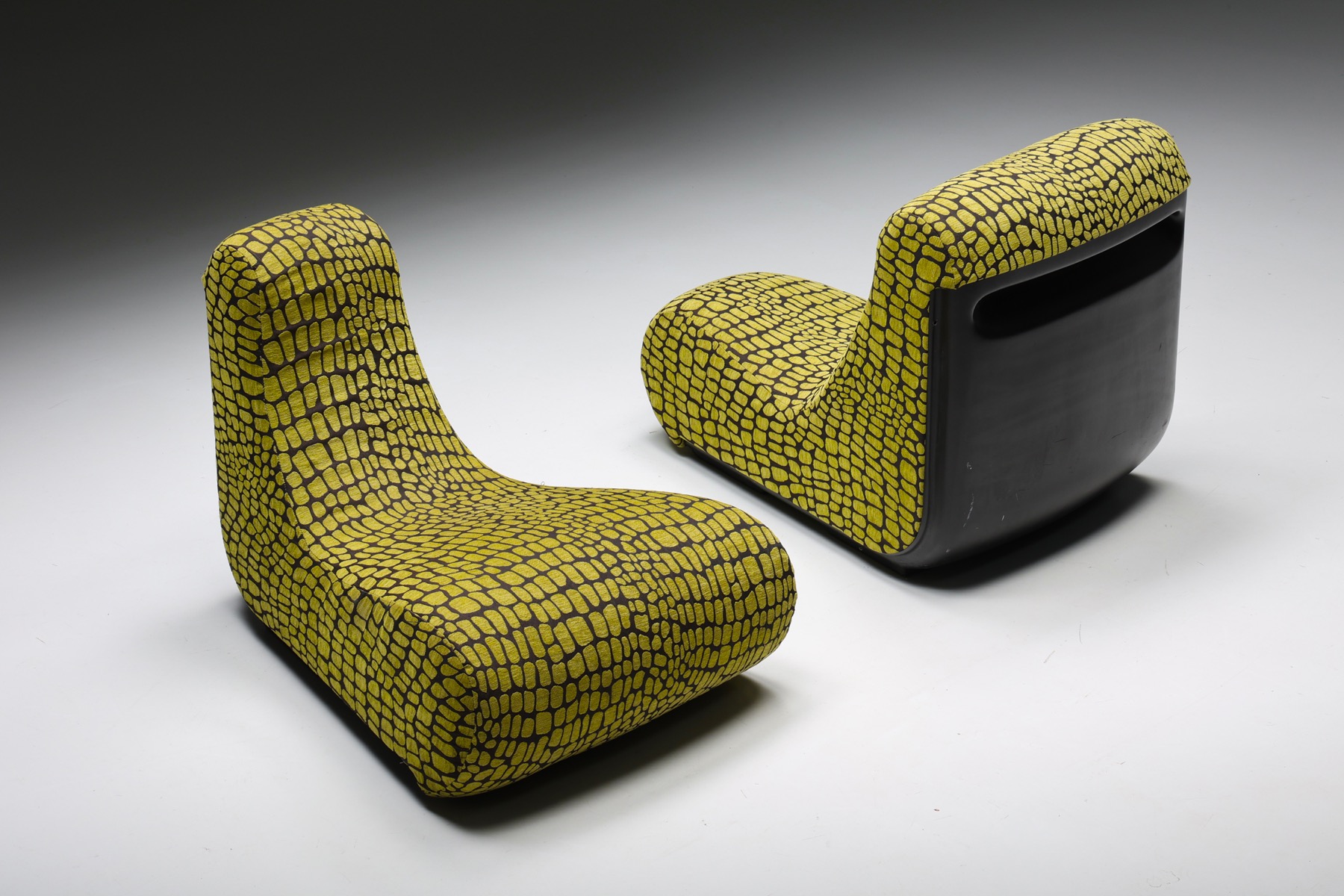 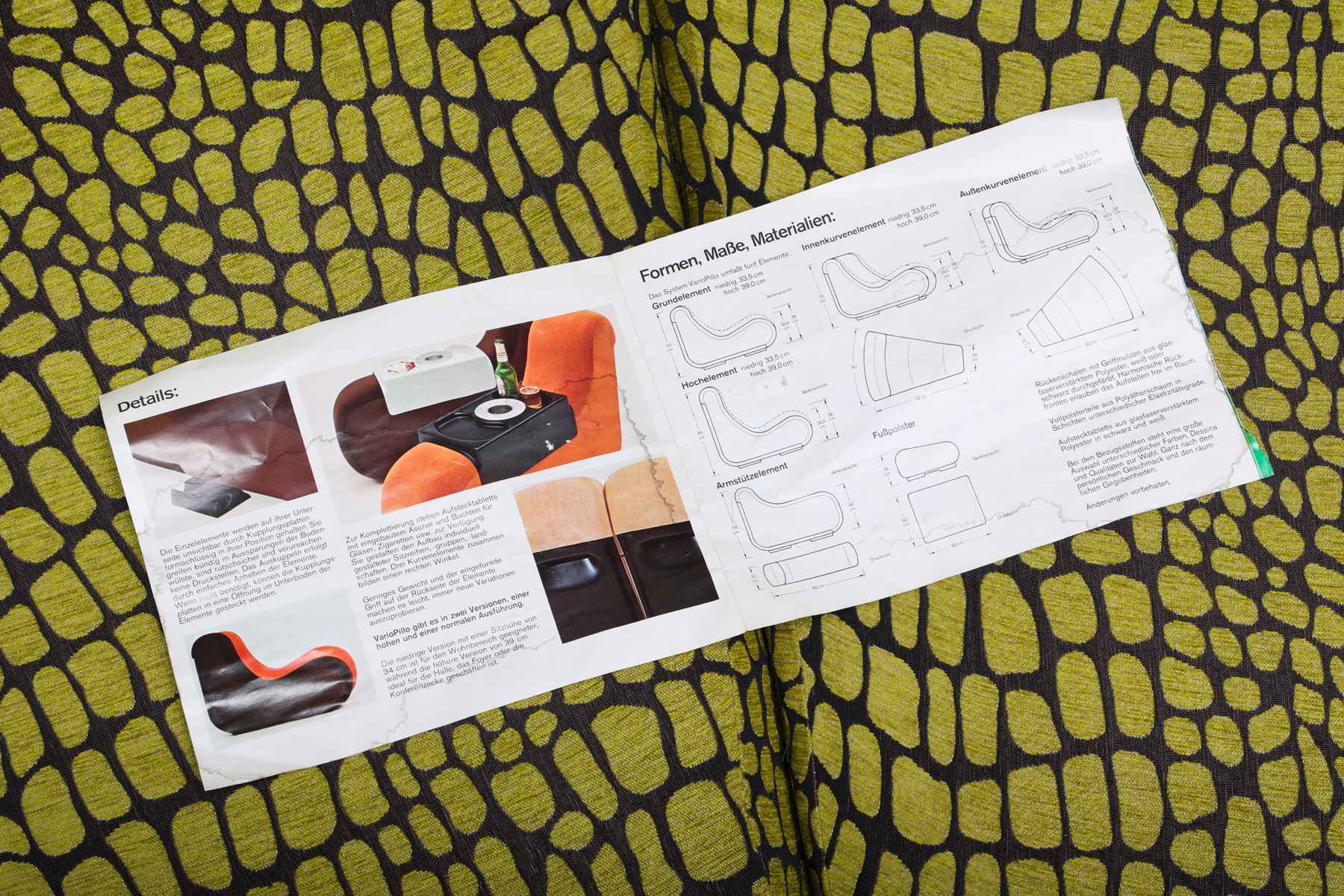 A rare modular sofa designed in the 1970s by recently deceased German Space Age designer pioneer Luigi Colani. This iconic piece was manufactured by Rosenthal and can easily be recognized by its organic shapes and minimalist Space Age design influences. The modular set consists of 17 elements, with small differences in width and height. What makes this piece quite interesting is that the modular units allow shaping this sectional sofa in various ways, depending on your personal preference. It’s a flexible seating system as the elements can be rearranged into any configuration the user requires. The freedom of form that this fully modular seating system allows encouraged a completely new way of organizing living spaces. The set also comprises two removable storage compartments which provide space to store personal belongings and other objects. Both elements also include a cup holder. The original upholstery is quite distinctive because of its exceptional print and vivid green colour.

Luigi Colani (1928 - 2019) was a German industrial designer. His long career began in the 1950s when he designed cars for companies including Fiat, Alfa Romeo, Lancia, Volkswagen, and BMW. In 1957, he dropped his first name Lutz using the name Luigi. In the 1960s, he began designing furniture, and as of the 1970s, he expanded in numerous areas, ranging from household items such as ballpoint pens and television sets to uniforms and trucks and entire kitchens. A striking grand piano created by Colani, the Pegasus, is manufactured and sold by the Schimmel piano company. His unconventional designs made him famous, not only in design circles, but also among the general public. He received numerous design awards, although his unconventional approach left him largely an outsider from the mainstream of industrial design. The prime characteristic of his designs is the rounded, organic forms, which he terms "biodynamic" and claims are ergonomically superior to traditional designs.

This sectional sofa is priced as a complete set. We also offer in-house reupholstering services, with various fabrics to choose from.